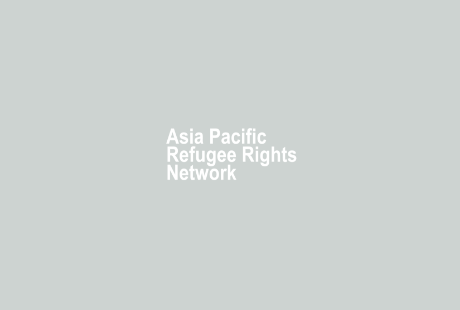 APRRN condemns the recent refoulement of a Rohingya refugee woman from India to Myanmar in violation of both international and Indian domestic law. The deportation was carried out despite an order of the Manipur State Human Rights Commission staying the deportation, and an ongoing case before the Supreme Court of India. APRRN notes with grave concern the arrests of other Rohingya refugees and the more than 200 in detention at imminent risk of refoulement. APRRN calls on the Government of India to respect the rule of law and immediately cease arbitrary arrests, indefinite detention, and refoulement.

The refoulement of Hasina Begum

APRRN is gravely concerned for the safety of Hasina Begum, a 36-year-old Rohingya woman, mother of three children, refouled to Myanmar on 22 March 2022.

Hasina Begum and her family are UNHCR-recognized refugees in India. Yet, on 22 March 2022, Hasina was deported alone to Myanmar in violation of Indian domestic and international law. Hasina had already been separated from her children and husband for over a year, having been arrested during police raids on 6 March 2021, and sent with 170 other Rohingya refugees to Hiranagar holding center in Jammu. The deportation was formally undertaken with the involvement of the authorities in Myanmar. Her husband and children were not informed of the deportation and only learned of it from a third party. Hasina is currently confirmed to be in Myanmar, but because the family is from a village in the far north of Maungdaw completely destroyed during the 2017 genocide that resulted in the forced expulsion of the Rohingya from Myanmar, it is unclear to where she will return. Her situation is made yet more difficult due to current heavy fighting in her home area making the journey to her former home perilous.

In refouling Hasina, the Indian authorities defied an order of the Manipur State Human Rights Commission staying her deportation — noting that it would violate her Constitutionally protected right to life — and ignored a case pending before the Supreme Court challenging a mass deportation order against the Rohingya. The actions by the Indian authorities demonstrate a complete disregard for human life and the rule of law. Hasina’s deportation also violates India’s obligations under the international conventions it has ratified, including the International Covenant on Civil and Political Rights and the Convention on the Elimination of All Forms of Discrimination Against Women.

India is under an obligation not to extradite, deport, expel, or otherwise remove a person from its territory to the territory of another State where there are substantial grounds for believing that there is a real risk of irreparable harm. The principle of non-refoulement is recognised and applied by the courts in India as a rule of customary international law.

Hasina is at real risk of persecution, torture, and other serious human rights violations. Because of the actions of the Government of India, she has been placed at risk of irreparable harm.

APRRN is concerned not only about Hasina, but for other Rohingya refugees seeking protection in India, given India’s willingness to violate its own and international law in removing forcibly refugees from its territory.

India’s long tradition of providing sanctuary to refugees, including Tibetans, Sri Lankans, Afghans and Bangladeshis, has been compromised by recent actions against the Rohingya. In August 2017, the Indian government announced plans to deport ‘illegal foreign nationals’ including an estimated 40,000 Rohingya, at least 16,500 of whom are registered with UNHCR. The government contended that all Rohingya may be subject to deportation, regardless of registration status or international protection standards. Since October 2018, the Indian authorities have returned to Myanmar at least 20 other Rohingya (16 male and 4 female), all of whom had been in prolonged detention, often without access to UNHCR. And, in April 2021, there was an attempt to forcibly return a Rohingya girl to Myanmar alone after her family had fled to a refugee camp in Bangladesh.

Hundreds of Rohingya women and children have been detained in India’s shelter homes for years now while their male counterparts are held in prisons indefinitely even after the completion of their sentences. The use of arbitrary and indefinite detention is rampant and an issue of grave concern.

India’s treatment of Rohingya refugees, and its attempt to refoul them to Myanmar, come at a time of mounting evidence that Myanmar’s military junta has committed genocide. A UN Fact-Finding Mission to Myanmar concluded in its report that the Myanmar security forces have committed crimes against humanity and that “there is sufficient information to warrant the investigation and prosecution of senior officials in the Tatmadaw chain of command, so that a competent court can determine their liability for genocide in relation to the situation in Rakhine State.”

Hasina Begum was refouled on the same day that the US State Department added its voice, determining that the violence committed against the Rohingya minority by Myanmar’s military amounts to genocide and crimes against humanity.

APRRN is especially concerned, given the cooperation between the authorities of India and Myanmar in the return of Hasina, for more than 200 Rohingya refugees still detained in the same holding center from which Hasina was forcibly returned.

APRRN urgently calls on the Government of India to:

The Asia Pacific Refugee Rights Network (APRRN) is a network of over 200 active civil society organisations and individuals from 29 countries committed to advancing the rights of refugees in the Asia Pacific region. While APRRN statements are prepared in consultation with members, they do not necessarily reflect the views of all APRRN members. For further information or comment, please contact Chris Eades, APRRN Secretary General, at sg@aprrn.org.

APRRN urgently calls on the Bali Process Co-Chairs - Indonesia and Australia - to strengthen regional mechanisms, including activating the Bali Process Consultation Mechanism when boats are in distress at sea. There is an urgent need to address the increasing loss of life at sea, and ensure that failures to conduct rescue at sea within Search and Rescue Zones are not repeated in the Andaman Sea and Bay of Bengal

The Asia Pacific Refugee Rights Network (APRRN) is gravely concerned over reports that Malaysian maritime authorities pushed back Rohingya refugees arriving by boat on 16 April. Re ports indicate Malaysian authorities refused to allow the disembarkation of a fishing trawler with approximately 200 Rohingya aboard. This action comes a day after Bangladeshi authorities rescued a boat of 396 Rohingya refugees that had failed in its attempts to reach Malaysia. According to a survivor, both Malaysian and Thai authorities prevented the boat entry to their respective territories. At least 28 individuals are reported to have died over the course of the journey